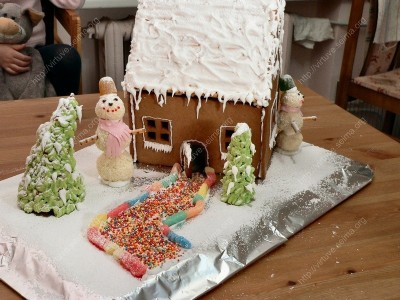 I was waiting Christmas from September but when they came deep in the heart I was already waiting for the spring 🙂 It’s good that for Christmas everything was planned and I knew that maybe it”s the first and the last Christmas when I can spend a lot of time doing something for them. So I didn’t hesitate and did almost everything I could. That’s why in this blog before Christmas there was no entries – I didn’t want that the surprise presents were known before getting them.

This (now it’s last) year I made gingerbread cookies for the first time. And I wasn’t lazy so I made two gingerbread houses. This cute house was brought to my son”s group in the kinder-garden. I finished it in tree days without a hurry 🙂 The first day was set for baking the houses, the second – for building those houses, the third – for baking and making decorations. It was fun 🙂 and scary – when I wanted to show houses to my kids and one of them started to rip the Christmas tree while the other tried to take off the door from the other house 🙂 And then I had to hear a lot of prayers “Mommy, please please please let me eat this house”, my heart was aching saying “Sorry, not now”. I regret to say that we didn’t taste neither of houses… The second house went left in the place where we celebrated Christmas. Who ate it said that it was very tasty (what can you expect when lickerish family eats the house for whose decorations was used half kilogram of sugar powder?) 🙂

The houses were glued and the snow was made from royal icing. The proportions for royal icing I used: 1 egg white, 200 g sugar powder and pinch of lemon acid. This amount was enough for building the houses and make a little bit of snow on the roof. But for icicles and to cover all roofs with snow I had to make royal icing two more times. So in total I made white royal icing three times.

I tried to make almond herringbone from Neringos blog, but baked sponge-cakes” tops were very slender so herringbones bow down. I was afraid to proceed with Neringa recipe descriptions so I just one more time prepared royal icing, coloured it with green food colour and sprinkle with it herringbone” sponge-cakes. But what can I say… the wind was very strong and for more it started to snow so my herringbone were leaning.

Next it was time for snowmen. I saw very beautiful snowmen in Minjina Kuhinjica blog but I used only visual material for making snowmen” scarfs. My snowmen are made of Coconut candies that I saw in Jogos mityba

Snowmen scarfs I made from Chewits candies.

I think I wrote all the sources. Hope that it will be helpful not only for me in the future but for someone else more 🙂

This site uses Akismet to reduce spam. Learn how your comment data is processed. 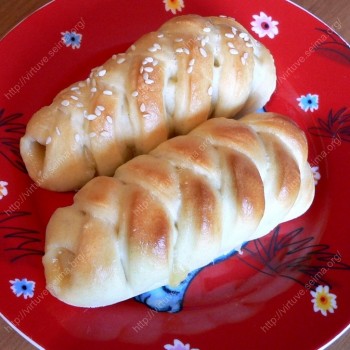 Autorius: Aušra Data: 2009-09-24 Very delicious rolls. And you can make then very easily, especially if you use breadmaker machine. Also you can roll them very quickly and with no effort, but it looks gorgeous … 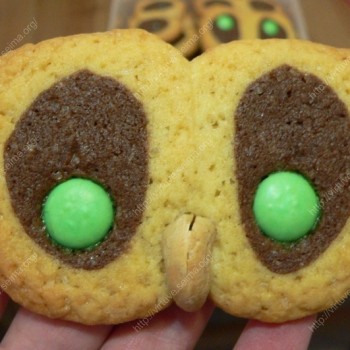 One more way to make your kids happy. Preparation takes time because you have to chill the dough long. But the cookies are delicious and we liked it, out kids kindergarden liked them too 🙂 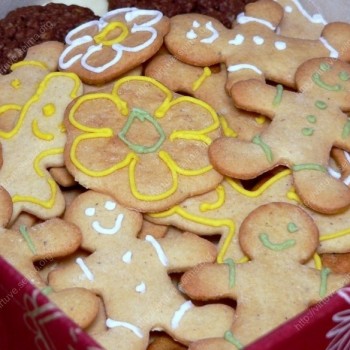 This gingerbread cookies I baked two times and the second time I made them thinner – these were much more better 😉 It’s sad that ducks, elephants, mice and butterflies didn’t survived till photo session.. By the way, I don’t know why but butterflies were most popular 🙂 Maybe because they were very colourful… This is the last entry about Christmas baking. So what now? Will be waiting for the spring? 🙂

This year at last we planted rhubarb in our garden ? No one missed it, just me. This year it was young, so I used it all in this pie. Everything was in its place – mild sourness, a little bit of sweetness. Hmmm we liked it very much 🙂 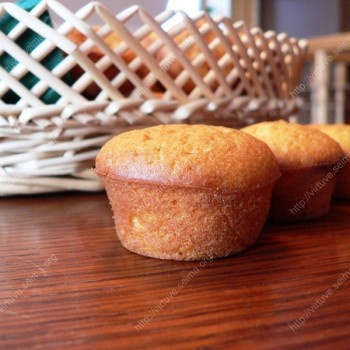 In most bakings with pumpkin are used ginger, cinnamon, cloves. But my family doesn’t admire them. So I was looking for something simple but still good to our tooth. And when I found this muffins, I stopped searching. We all liked them. My kids ate them. And now I bake more and some put in a freezer for quick snack for my children before sleep.